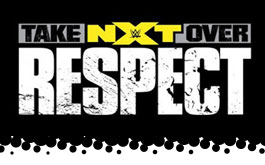 -From Winter Park, FL, with the distinction of being the last Takeover special to be held at Full Sail University before permanently going on the road. The show is largely built around the Dusty Rhodes Tag Team Classic and Bayley and Sasha Banks earning the main event spot. Our hosts are Rich Brennan, Corey Graves, and Byron Saxton.

Dash and Dawson are still workshopping their act and haven't settled into their definitive role of The Revival just yet. No Demon get-up for Balor here, as this is all about good sportsmanship. Dash cheap shots Balor at the opening bell, prompting Joe to aggressively defend his team's honor. The Mechanics quickly take control via quick tags and ground and pound techniques. Joe's enzuguri allows an early hot tag and Balor wipes the floor with the Mechanics, with a somersault seated senton to the floor as the exclamation mark. Balor's Coup de Grace is foiled, and Dawson tackles the knee to regain control. The allegedly awful Full Sail crowd chants "Let's go, Finn" as Balor's knee gets taken apart. Joe gets the hot tag anyway and unleashes his bag of tricks. Balor tags himself in and delivers an ill-advised Coup de Grace on Wilder for the win at 9:06. Strong story-driven opening match that given some more time might have been something truly special, ***.
Winners: Finn Balor and Samoa Joe

-Sasha Banks covers herself in bling for her main event title shot.

-The theme song is a pretty bland butt rock song by the formerly awesome Bring Me The Horizon. I guess they wanted to make some money, but I'm not sure their selling-out ever amounted to radio play.

Gable and Jordan were just beginning to gain traction as a fan favorite underdog team, while Rhyno is trying to show Corbin how not to suck. Jordan locks on for a pair of waistlock takedowns, but Corbin answers with a shoulder block, which he thinks is worth a pin attempt. Rhyno is happy for a tag but walks into a Jordan suplex. Gable and Jordan manage to outwrestle Rhyno, delivering a double suplex. Gable applies a draping armbar over the ropes, but Rhyno shoulder tackles him to the floor, where Corbin barely manages to stay on his feet delivering a beatdown. The supposedly annoying Full Sail crowd chants "Let's go, Gable" during the heat sequence. Rhyno crashes and burns on a diving head butt and Jordan cleans house on the hot tag. Gable returns but quickly runs into End of Days, but Jordan makes the save. Corbin tries again, but Gable rolls through for a wheelbarrow German suplex! Rhyno GORES Jordan, and Corbin catches Gable with End of Days for the win at 10:21. The red hot crowd and fire from Gable and Jordan elevated what easily could have been an average match, ***.
Winners: Rhyno and Baron Corbin

-Kevin Nash is in the house! I bet he's wondering what all these flippy floppy guys are doing in the ring.

I was slightly low on Brooke at this time as she seemed to be a Triple H pet project that didn't deserve her push, but she was really earning her keep in an under the radar fashion, especially being really committed to her arrogant heel persona. Asuka has just arrived on the scene after having a legendary run in Japan and the fans are stoked to have her in Full Sail. Brooke slaps away Asuka's handshake offer, and almost gets her head kicked off for it. Asuka just wrestles circles around Dana, relentlessly going after the arm. Dana breaks loose and pats Asuka on the head, prompting Asuka's cheshire cat smile as she imagines all the terrible things she's about to do. Asuka lights Dana up with quick strikes but Emma interferes by the apron to give Dana control. Asuka quickly counters into an ankle lock and unleashes a German suplex. Dana runs into Asuka's jumping armbar! Emma mouths off from the apron and gets knocked off. Crowd chants "Asuka City" as she applies the Asuka Lock for the win at 5:31! This is still one of my favorite squash matches of all time, as it told you absolutely everything you needed to know about Asuka and made her look awesome, ***.
Winner: Asuka

-Dana tries to start something and Asuka kicks her off her feet. Asuka dares Emma to try something, but Emma wants to live and turns away.

-Nia Jax is coming to NXT!

Breeze is at the tail-end of a great NXT run before settling into jobber fodder on the main roster. Crews never really managed to gain any momentum before quickly getting called up and promptly forgotten about. They feel each other out and Crews scores first with a drop-kick, followed by a running tackle on the floor. Delayed vertical suplex by Crews, but Breeze school boys him through the ropes for a bad landing. Breeze throws Apollo into the LED lights on the ring frame to establish control and targets the back. Crews escapes a Sharpshooter and nails a desperation clothesline. Crews looks for a powerbomb, but Tyler rolls into a rana counter. Desperation enziguri by Crews leaves them both down. Apollo's injured back gives out, allowing Breeze to hit a superkick for 2. Breeze flies into a power slam counter but kicks out at 2. Gorilla Press by Crews, but Breeze counters the standing moonsault with a small package for a great false finish. Tyler runs into a thrust kick and Crews plants him with a powerbomb for the win at 9:43! This was a prime example of the WWE in-ring formula, except everything they did looked good and Crews sold everything so well that, get this, I felt concern for him! Another strong match in a night full of them, ***.
Winner: Apollo Crews

-Funaki and Hideo Itami are enjoying the show together!

-NXT Women's Champion Bayley tries to psyche herself up for her main event title defense.

-Replay of Finn Balor apparently injuring his knee earlier, in case we all forgot.

Balor hobbles to the ring and is too focused to thrust his arms around to his music. Eden Stiles, better known as Brandi Rhodes, provides in-ring introductions. Balor defiantly starts the match, despite his bad knee, and looks for a quick roll-up victory on Rhyno. Quick tag to Corbin, who is more than happy to exploit Finn's bad knee with a kick. Finn hits a drop-kick anyway and drags Corbin over for a tag to Joe. Joe's knee feels just fine so he rolls through Corbin, at least running into an awkward counter slam. Joe gets beaten up for a few minutes and Finn tags in with a running clothesline off his partner's back! Rhyno clotheslines Finn's bad knee from the floor, which allows Corbin to wrench it around the ring post. Balor is hobbling but leaps into a tornado DDT on Corbin! Corbin recovers first and seems poised for victory, but Finn surprises with a Sling Blade! Joe gets the hot tag and plows through Rhyno. Joe turns his back long enough for Rhyno to hit the GORE, but Finn makes the save. Finn soccer kicks Corbin on the apron, while Joe blocks another Gore. Joe hits the Muscle Buster, setting Rhyno up for Finn's Coup de Grace for the win at 11:06! Another fine display of tag team action with great attention to detail, **.
Winners: Finn Balor and Samoa Joe

-The Rhodes family joins Balor and Joe in the ring for a trophy celebration. Cody Rhodes take the microphone and cuts an emotional promo about his father. Cue Dusty's music and the fans chant "Thank you, Dusty" while Joe and Balor hoist the trophy. Really cool moment that seems surreal in hindsight as Cody has gone on to bigger and better things in his post-WWE career.

This is the rematch to my 2015 Match of the Year from NXT Takeover: Brooklyn. Sasha and Bayley were legitimately the two hottest prospects in the WWE at this time, and while I'm not surprised that their main roster runs have been so botched, it still saddens me. Anyway, Sasha had already debuted on the main roster, so no one was expecting a title change here, but the fans respect both women so much that they were willing to play along (again, the rumor-has-it annoying Full Sail crowd) and chant "women's wrestling" and give them a standing ovation at the opening bell. Bayley and Sasha soak up the moment and pace themselves in the feeling out process as they do have to wrestle for 30 minutes. They trade cover attempts before Sasha scores a drop-kick to the face. Bayley answers with a pair of armdrags, the second of which Sasha takes a bad landing on her neck and shoulder. Sasha hits a head scissors and an arm drag off the top. They block each other's finishers and reach a stalemate. Bayley helps Sasha up and wants a hug, but Sasha grabs the hair and slams her down, LIKE A BOSS. Bayley responds with an aggressive series of attacks, including a drop-kick through the bottom rope. Sasha kicks out after a bulldog and tries to pin with the ropes. Sasha climbs on the ref and thumbs the eye to score the first fall at 8:30. The match breaks down into a brawl, as both women seem to feel the pressure of the moment getting to them. Belly to Bayley suplex earns Bayley her first fall at 10:50! Bayley goes for the sliding drop-kick, but Sasha swings her into the ring steps! Sasha talks some smack at Bayley's young superfan, Izzy, while dishing out a beatdown. Sasha sends Bayley crashing into the LED set and steals the headband off of Izzy's head while earning a second fall via count-out at 14:05! Izzy cries on her father's shoulder while Sasha prances in the ring, which officially makes Sasha the greatest WWE heel of the past decade. Bayley crawls back to the ring and Sasha gleefully continues to target her back. Seriously, Sasha is excellently brutal during this sequence, doing nasty little things most wrestlers don't think to do these days, like stomping on Bayley while dishing out a Boston Crab. Bayley desperately rolls Sasha up for to tie things up at 17:17. Sasha's double knees miss, and Bayley rallies, hitting a wild DDT for a nearfall. Bayley hits an elbow drop into a tree of woe, but Sasha kicks out. Sasha returns the favor, hitting a double knees in the tree of woe for a good 2 count. Bayley sits up out of the tree of woe to avoid a spear and Sasha crashes and burns to the floor. Bayley goes to work on Sasha's hand and delivers a running clothesline off the ring stairs! Sasha desperately kicks Bayley into the steps to buy some time and goes for a suicide dive that Bayley blocks (in a mildly botched fashion) and delivers a suplex on the floor, but is too slow for an effective cover! With less than 5 minutes to go, Bayley hits a sprinting Belly to Bayley suplex off the top rope but Sasha kicks out! Bayley hits a reverse rana off the top, but Sasha shakes it off and marches over for the Bank Statement! With less than 2 minutes left, Bayley is fading fast! Bayley wrenches the previously injured hand of Banks away, blocks another Bank Statement, and applies a vicious armbar, complete with kicks to the head, and Sasha submits at 29:58! Time expires at 30:00 and Bayley retains 3-2! Izzy cries tears of joy as Bayley just lets all her emotions out in celebration. I seriously underrated this in 2015, the few sloppy moments really don't take that much away from a tremendous story-driven match with big emotion throughout, ****ľ.
Winner and still NXT Women's Champion: Bayley

Final Thoughts: This modern October classic was was light on tricks, and heavy on treats. Thumbs up for one of my favorite shows of all time.