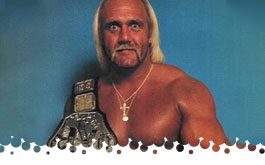 - Taped on December 19th, 1985 from the SunDome in Tampa, FL. Vince McMahon and Jesse "The Body" Ventura are calling the action, except for the opener, when Bobby Heenan fills in for Ventura. It's interesting to see that the early episodes of Saturday Night's Main Event weren't part of a mass-taping for TV, but were their own show, with only a handful of matches not taped for television. In the case of this episode, matches featured for the live crowd included Greg Valentine and Brutus Beefcake defending the Tag Team Titles against the Killer Bees, Scott McGhee def. Terry Gibbs, Dan Spivey def. Rene Goulet, and King Kong Bundy def. Rick Hunter.

- The opening promos, "on location" in Florida, includes Hulk Hogan making a protein shake for Gene Okerlund, who exaggerates the effects of the drink acting like he's getting muscular, but looks like he's having a seizure, and Roddy Piper and Jesse Ventura making fun of the Hillbilly clan as they're tubing in the ocean. The original broadcast featured Dire Straits' "The Walk of Life", but the WWE Network has some generic music, and Animotion's "Obsession" is dubbed over with the SNME theme that was introduced in the Spring of 1988.

The most significant moment to explain this match is Piper and Ventura pooping on Uncle Elmer's wedding several months ago. I'm still convinced they snuck Luke out there to replace Junior and hope nobody noticed the difference. Elmer and Ventura start. Ventura immediately rakes the eyes and pounds away with rights. Elmer shrugs things off and throws some terrible punches. Jim grabs a side headlock. Whip to the ropes and Ventura with a knee to the midsection. Piper and Luke in. Piper offers a handshake, but Luke gives him the cheap shot. Piper explodes with rights and tags in Orton to continue where he left off. Piper nearly throws himself into orbit giving Luke a knee lift. Luke is awful based on watching two matches of his. Lots of tags from Piper's team, but not much to say. Luke fights to his corner, but referee Dave Hebner misses the tag. Elmer eventually gets the tag and throws down with Piper. Elmer doesn't sell a thing and grabs a bearhug. It's a donnybrook with all six men in the ring, and the crowd LOVES it. We return from commercial break and Piper, Orton, and Ventura try their luck again. Jim no-sells a headbutt from Piper, so Piper starts slapping him around. Luke in throwing a flurry of axe-handles. Orton smacks Luke from behind with the cast, and Piper hooks the sleeper for the victory at 7:24 (shown). The crowd was hot, but the match was a complete dog. ½*

- The Junkyard Dog and Jimmy Hart participate in a waterslide competition. Jimmy Hart does something to cause himself to stall, allowing the Dog to win the race. Jesse Ventura cries foul.

- Highlights are shown of a match between Hulk Hogan and Terry Funk from Denver, CO, where Funk KO'ed Hogan with the branding iron, and added insult to injury by marking Hogan's chest.

Hogan comes out with his signature red and yellow Hulkamania shirt, but he's wearing the blue trunks and red knee pads. "Real American" is dubbed over, despite Hogan being a month or two away from introducing it as his own music (Rotundo and Windham used it for literally one TV taping before it was given to the Hulkster). Lockup into the corner, Hogan reverses a whip and charges into the corner with a clothesline. Hogan absorbs a series of chops and clotheslines Funk over the top rope. Meanwhile, the JYD scares Jimmy Hart into a seat at ringside. Back inside, Hogan with a side headlock. He runs back and forth, stomping across the back of Funk, and the crowd IS GOING F'N BANANAS. Funk tosses a chair in the ring, so Hogan takes a seat and dares him to make a move. Hogan continues the annihilation with a flurry of rights in the corner. He brings Funk in from the apron with a snap mare and takes him down with a back suplex for two. Funk slows Hulk down with a pair of headbutts and a blatant low blow that the referee clearly saw but pretended he didn't. Funk climbs the ropes, but Hogan shakes him down. Whip to the ropes and AXE BOMBER, followed by an elbow drop. Hart picks the ankle, luring Hogan out of the ring. JYD chases Hart under the ring (where a camera is stationed!) while Funk chokes Hogan out with his wrist tape. Funk with a piledriver for a long two count. Hogan starts Hulking Up™ and unloads with a series of right hands. Whip to the ropes and Hogan with an elbow. Hogan knocks Funk out of the ring with a big boot. He tries to suplex Funk back in, but Hart whacks him with the branding iron. Hogan recovers as Funk argues with the referee and lays him out with a clothesline (AXE BOMBER!) to retain at 8:28. Good match that didn't follow the typical Hogan formula (that seems to be an issue that would become more commonplace in 1988). ***

- George "The Animal" Steele is hanging out in the water as Gene Okerlund questions Lou Albano if the Animal has any ring rust. Meanwhile, Randy Savage is a jerk and throws Elizabeth into the water, to the delight of Jesse Ventura.

The first in a long, long, LONG line of matches between these two. They're really hammering home how much of a jerk Savage is, mistreating the lovely Elizabeth. Savage jaws at a fan while Steele paws at Elizabeth like a puppy. Vince compares it to King Kong and Jessica Lange. Savage sees it and isn't too thrilled with things. Woah is that DEAN MALENKO working as the referee?! Steele flails around like a geek, sending Savage to the floor. Lockup into the ropes and Steele tosses Savage to the outside. Steele gives chase until he's distracted by Elizabeth. Savage teases a dive from the top rope, but Steele quickly comes to his senses. Back inside, Savage hooks a front face-lock and drives a pair of knees into the chest. They take it to the floor again, with Steele in hot pursuit. Savage pulls Elizabeth in front of himself to temporarily save himself. Back inside, Steele throws Savage with a slam and tears apart one of the turnbuckles. Steele mashes some of the stuffing in Savage's face, but another unintended distraction from Elizabeth allows Savage to come from the top rope with a double axe-handle and secure the three-count at 3:45. Savage quickly bails out and carries Elizabeth away from ringside. Surprisingly decent, though it was mostly shenanigans. **

- Highlight video featuring the "Best of 1985." It's just a montage of clips from WrestleMania and episodes of Saturday Night's Main Event, though there's a few other clips peppered in. The original video was set to Billy Ocean's "When the Going Gets Tough, the Tough Gets Going", but I have no clue what this song is.

This is to be held under technical rules only, so I imagine Volkoff will do anything but and cheat to win. We get a handshake before the bell. Yay, Dean Malenko is back to work. Lockup to the ropes and Volkoff gives a clean break. WHA?!?! Volkoff with a waist-lock takedown, but Kirchner manages to roll through and hook the arm bar. They fight for an overhand wristlock, with Kirchner somehow overpowering the powerful Russian. Volkoff with another takedown into a bridge. Kirchner slides out of a slam and rolls Volkoff up for barely a one-count. Volkoff with another clean break out of the corner. Volkoff picks the leg of Kirchner, cartwheels away from a monkey flip, and comes off the ropes with a shoulder tackle. Kirchner counters a second attempt, hooking another arm bar. Kirchner with an inside cradle for two. Lockup to the ropes and Volkoff with a knee to the midsection. He drops Kirchner across the top rope and knee across the chest for three at 4:34. Well, that finish was predictable, but sometimes that's a good thing. Kirchner, the sore loser he is, goes to work on both Volkoff and Sheik and clears the ring. Not terrible. *1/2

- The Magnificent Muraco is hanging and banging, going surfing and being swarmed by bikini clad ladies.

Ricky "The Dragon" Steamboat & The Junkyard Dog vs. The Magnificent Muraco & Mr. Fuji:

We're getting a lot of Junkyard Dog on this episode. We see highlights of the rivalry between Steamboat and Muraco, including Muraco hanging Steamboat with his black belt. In a pre-match promo, Mr. Fuji says they cook dogs in his country. Funny, I didn't know Hawaiian cuisine included so much canine. JYD and Steamboat come out to "Grab Them Cakes." Sounds legit. I don't think Steamboat was using "Sirius" yet anyway. Pandemonium breaks looks immediately. Fuji dumps Steamboat over the top rope and slams him on the concrete. Meanwhile, Muraco puts the boots to the JYD. Whip is reversed and the Dog takes Muraco over with a back body-drop. JYD with a snap mare but he misses a headbutt. Fuji's offense has little effect on the Dog. Muraco staggers into a hip toss and gets slammed for a two-count. Steamboat with a cheap shot from the apron because he believes in an eye for an eye. Fuji with body blows and questionable kick low between the legs, then a headbutt to approximately the same location. Muraco misses a charge and meets the post. Steamboat finally tags in and goes wild on Muraco with chops and an enzuigiri. He slingshots Muraco into Fuji, climbs the ropes, and hits Muraco with a flying body press for two. JYD comes in and KO's Fuji with a headbutt for three at 5:15. That came out of nowhere. Post-match, Muraco gets a few more shots in on Steamboat before leaving ringside. Decent action, though we could've used more Steamboat. *1/2

Final Thoughts: A perfectly entertaining hour-plus of WWF action. The only match that was completely rubbish was the opener, but the hot crowd at least made it watchable, and the rest ranges from decent to pretty good (by 1986 WWF standards). The show is probably much more enjoyable had they not edited out the licensed music used for every segment (there's quite a few I didn't mention), but it doesn't completely kill the show, especially if you didn't know what was there to begin with, and if I had to criticize the booking at all, there wasn't any major angle to get deeply invested in, though most of the matches had some background or developed an ongoing storyline.