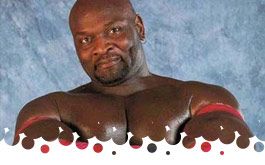 -Uh oh, SamoaRowe signed up for WWE Greatest Matches on WWE.com (which has replaced WWEClassics). The hook was they are bringing back the 1993 Raws that I used to review but they haven’t caught up with where I left off. In the mean time, let’s check out 1996!

-From San Antonio, TX. Our hosts are Vince McMahon and Jerry Lawler.

-We kick things off with Shawn Michaels prancing out with the kliq cam. Michaels has a “tune-up” match tonight to get him ready for his WWF title match against Bret Hart at Wrestlemania. HBK takes the microphone and introduces his teacher, Jose Lothario. They promise to bring San Antonio their first World Champion.

Cassidy is a bit too cheerful in the early going. WWF Champion Bret Hart shows up at the commentary table, prompting a cowardly Jerry Lawler to bolt. HBK eats Cassidy’s lunch in the early going. Hart promises to pound Michaels into the dirt while Michaels works the arm. Cassidy bounces back with a sit-out power bomb. Marty Jannetty shows up at ringside while Cassidy takes control of the match. Cue the commercial! After the break, Cassidy is wearing down HBK with a variety of submission holds and impact moves. They exchange a series of pinning predicaments. Cassidy retakes control by thrusting HBK into the ropes. Superplex by Cassidy! HBK reverses a second superplex attempt. Flying clothesline by Michaels signals his comeback. Jannetty trips Michaels and holds him in place. Hart makes the save! The Sweet Chin Music finishes Cassidy at 8:34 (shown). Solid match here. I’m surprised by the time this match got too.
Winner: Shawn Michaels

-Michaels is upset by the outside interference and gets into Hart’s face. Lothario tries to calm Shawn down but has a hard time getting between the two rivals. Michaels heads out. McMahon asks Hart about what just happened. Hart says Michaels didn’t understand what just happened and says he has a great bit of respect for him. Despite this, he promises to give HBK the beating of his life at Wrestlemania.

Helmsley has the unfortunate task of facing The Ultimate Warrior at Wrestlemania. Montoya is a gentleman and holds the ropes for Hunter’s lady to exit the ring. Helmsley doesn’t like this and is aggressive. Montoya counters Helmsley’s aggression until a splash is reversed. Hunter goes to work wearing down Montoya, complete with a knee lift and a bow. Helmsley is unable to gain a pinfall despite several attempts. Helmsley blocks a sunset flip but Montoya starts hitting back. Flying cross body by Montoya and a head scissors takedown! Another flying cross body gets a near fall. Sadly, Helmsley delivers the Pedigree for the win at 5:04. Not a bad little match here, especially when Montoya teased the upset.
Winner: Hunter Hearst Helmsley

-Goldust is getting uncomfortably cozy with a mannequin dressed as Roddy Piper. The segment takes place on the same back lot that the upcoming Goldust/Piper match would be held for Wrestlemania. Goldust ends up trashing the mannequin before teasing oral sex with it. Early shades of the Attitude Era in this one.

-The wait is over! The time has finally come! Are you ready? Mankind debuts next week!

-Vince McMahon hosts an interview with Paul Bearer and The Undertaker. Bearer feels there is no doubt that Diesel robbed his Undertaker of the WWF title, along with a laundry list of other crimes. More recently, they presented Diesel with a casket containing a duplicate of Diesel himself! Undertaker addresses the creatures of the night, asking if they are ready for a feast at Wrestlemania. Diesel will rest in peace!

-Doc Hendrix is performing for the live crowd! Lucky them. This transitions into the classic montage of Shawn Michaels training for Wrestlemania. This is a fantastic hype video, one that current day WWE should reexamine. We switch to footage of Bret Hart preparing for the Iron Man match.

Hart walks Johnson through some grappling holds but Johnson uses his strength to knock him down. Hard shoulder tackle by Johnson, who the crowd is firmly behind. The British Bulldog shows up at ringside to talk strategy with Cornette. Johnson gets on his knees to lure Owen into a knuckle lock but Owen delivers an ambush of kicks. Johnson badly botches a power slam reversal. Cue the bear hug, a move that even Johnson can deliver properly. The Bulldog distracts, allowing Hart to dump Johnson over the ropes. Cue the commercial. Yuck. After the break, Johnson bounces back with a spinebuster. Bulldog storms the ring to save Owen, drawing a DQ finish at 3:46. This was about what you’d expect.
Winner via DQ: Ahmed Johnson

-Vader rushes in to join in on the beat down on Johnson. The crowd pops as Yokozuna and Jake Roberts make the save. The stage has been set for the six man tag at Wrestlemania.

-We end things with the “Slammy nominated” music video highlighting the career of Bret Hart!

Final Thoughts: It’s amazing to look back at a time when the WWF actually cared about building up matches for pay-per-view. You could distinguish the difference between television and pay-per-view matches, unlike today, where they are pretty interchangeable much of the time. It required more patience from their fans, as you had to wait for a pay-off, instead of the weekly dose if immediate gratification that has become Monday Night Raw. This was a fine episode as it stirred up interest in all the big Wrestlemania bouts and made the stars look good (well, maybe not Ahmed Johnson, but you know what I mean). Thumbs up!