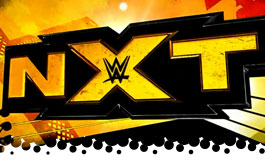 - Corey Graves and Tom Phillips are on hand to call all the action, unless otherwise noted. All the matches featured were taped before the Network Special broadcast began on August 20th.

I was just wondering where Dillinger has been. Feels like a few months since his last appearance. Maybe he was nursing an injury? At his age, there's no reason he shouldn't be on the main roster of Raw or Smackdown in an undercard/enhancement role. You got to love the tassels on Blake's boots. Lockup into the ropes as the crowd chants "Blake's a Zero." Lockup and Blake with an arm-drag to prove otherwise. Dillinger escapes a side headlock and flashes the ten. Dillinger with chops in the corner. Blake uses the referee as a distraction to thumb the eyes and sends Dillinger hard into the buckle. We return from a break with Blake connecting with a clothesline for one. Knee to the back and Blake slaps on a chin-lock. Dillinger escapes and cradles Blake for two. Blake pounds the back and hits a rope-assisted back stabber for two. Blake heads to the top rope, but misses a senton. Dillinger sends him into the buckle with a hip toss. He puts the boots to Blake in the corner. Whip across the ring and a back drop. Dillinger with a Russian leg sweep and a boot to the face. He pulls the knee pad down and hits the Tye-Breaker for three at 6:40. Tye wins a match! Good for him. *1/2 Short undercard filler. Nothing wrong with it, but nothing to go out of your way to see.

- Highlights from Takeover and the debut of Bobby Roode. WWE.com Exclusive Interview with Roode on his victory over Andrade Almas. It's all about being GLORIOUS.

- More Highlights, this time from the match between No Way Jose and Austin Aries, and the post-match save made by Hideo Itami, including the first use of the GTS since January 2014. In a post-match interview on WWE.com, Aries vents about people always trying to ruin his moment.

- Want more Highlights of Takeover? Well we've got some with the Women's Title Match between Asuka and Bayley in what turned out to be the farewell match for Bayley as a member of the NXT roster, including highlights of her time in NXT as background noise to the letter she (allegedly) wrote to herself as a child. Post-match interview, courtesy WWE.com, you know the drill.

- Highlights from Takeover Part IV: The Final Chapter, this time featuring the epic encounter between the Revival and Gargano and Ciampa for the Tag Team Championship. Dawson and Wilder gloat about their victory and being top guys. Did they mention they're 2-Time Tag Team Champions?

- Highlights from Takeover Part V: The Main Event. Shinsuke Nakamura gets a special ring entrance in the form of a live performer and a violin before his NXT Championship Match with Champion Samoa Joe. It was a good, hard-hitting match, with Nakamura taking him the gold followinga pair of Kinshasa's. Does this mean the end for Joe in NXT, or will we move forward with a rematch? No, I haven't checked spoilers.

(Shane Thorn & Nick Miller vs. Akem & Rezar)
Main Event of the evening...ignoring this was taped before Takeover: Brooklyn II. A couple of weeks ago on NXT, TM61 tried to help out a pair of jobbers from further destruction, but the Authors of Pain laid them out as well. The AoP have new hoods and masks for their entrance attire. I'm sure they used them at house shows, but this is the first time for television. The action begins as soon as the AoP enter the ring. TM61 avoid a collision and manage to clear the ring. Nick Miller with a high-angle somersault plancha and Thorn follows. Dhinsa lays out Miller with a forearm. Double team back-hands from TM61 and Thorn with a running leg lariat into the corner. Selmani with a distraction and Thorn gets sent shoulder-first into the post. We FINALLY have names for the Authors of Pain...Gzim Selmani is now known as Rezar, and Sunny Dhinsa is Akam. Oh-kay? Thorn tries to fight out of a chin-lock, but takes a tumble on a whip to the corner. We return from break and Rezar crushes Thorn in the corner for two. Thorn with a jaw breaker and enzuigiri. Miller tags in and unloads with slaps, followed by a clotheslines and diving forearm. Miller with a cross body for two. TM61 with a high-and-low clothesline on Rezar for two. Rezar with a spinebuster on Miller for two. Thorn goes for a tope suicida, but Akem nails him on the way out. Synchronized Powerbombs by the Authors of Pain, and the Clothesline-Leg Sweep Combo finishes Miller at 6:17. ** This might be a bit generous, but they worked a smart style and put over how much double-team work was necessary just to weaken either member of the Authors of Pain. Crowd wasn't too into this, and now we have a problem: Who do you match-up with the Authors of Pain for the immediate future? Maybe some Heavy Machinery.

Final Thoughts: Just a filler episode of NXT to bridge the gap between the fallout of Takeover: Brooklyn and what direction and angles will shape the next few months. From the talent featured in action, we can expect more out of the Authors of Pain, and maybe a long-term project in TM61, but right now they're not very over and are a distant second behind Gargano and Ciampa. Dillinger isn't going to be presented as anything more than he already is, and "Beautiful Blonde Blake" isn't going to set the world on fire. Should be fun to see how things fall into place in the coming weeks.