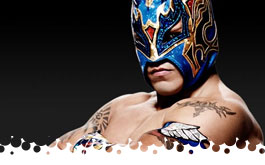 - Last week on 205 Live, Kalisto won a Cruiserweight Gauntlet Match that also featured Drew Gulak getting the babyface push, Tony Nese looking like a geek, and Mustafa Ali taking a big bump to the floor that will eventually lead to trouble. With winning, Kalisto earned a shot at the Cruiserweight Title at The GREATEST Royal Rumble, losing to Cedric Alexander in a decent match. All this because Buddy Murphy couldn't drop 2 ½ pounds.

What happened to Drake Maverick making sure there wasn't any repressed tension between Kendrick and Itami? Putting them in a match together defeats the purpose of the question! Tozawa and Gallagher start. Tozawa lays Gallagher out with the right hand and stomps away in the corner. He rolls through a sunset flip and connects with a kick to the chest. Gallagher with a jaw breaker to create separation. Itami and Kendrick tag in and I'm sure Kendrick is having flashbacks to his orbital bone broken as he hooks an... arm-bar. Itami with a forearm to the face, pissing Kendrick off. They trade forearms until Kendrick switches to chops. Itami catches a boot and takes Kendrick over with a dragon screw leg whip. Whip to the corner and we get some tandem offense. Tozawa with a missile dropkick for two. Tozawa tries fighting down 2-1 on the apron but the numbers eventually catch up to him. Gallagher with a leg sweep into the barricade before tossing Tozawa back inside for a pair of pin attempts. Tozawa fights out of the corner and tags Itami. He unloads on Kendrick with kicks. Itami hangs him up across the top rope and comes off the top with a clothesline for two. Itami with the running basement dropkick in the corner. Tozawa with a tope suicida on both Kendrick and Gallagher. Back inside, Tozawa with the Octo-Lock but Gallagher makes the save. Tozawa fights out of a double team, takes Gallagher over with a hurricanrana, and hits a roundhouse kick. Tozawa goes to the top but Itami accidentally straddles him while running the ropes. Kendrick takes Itami out, and Gallagher finishes Tozawa with the headbutt at 8:08. Will the Mega-Powers of Itami and Tozawa explode sooner than later? Yes, considering Itami shoves Tozawa on his butt. Good action despite the potential styles clashes.

- Highlights of Buddy Murphy interrupting Cedric Alexander's Championship Celebration the Tuesday after WrestleMania. Then he went and missed weight like a goober, so you know. I like how the new edit makes it look like he didn't botch Murphy's Law (modified Olympic Slam).

- Drew Gulak cuts a promo from the locker room. He says he isn't surprised that Kalisto squandered his opportunity in Saudi Arabia. He got lucky last week with his flipping, flopping, and high flying. The second he steps in the ring tonight, it's over. Gulak says he needs to prove how he wrestles isn't how you win. "When you step to me, you will tap out."

Who doesn't love matches with enhancement talent? With a name like that, you deserve being squashed. Murphy weighed in at 204 pounds for this match. Wouldn't he weigh a little bit less if he's not wearing heavy shorts? Murphy tosses Louie into the corner and stomps away. Murphy with a suplex and more boots to the head. Louie gets a shot in, ticking Murphy off. He plants Louie with a trio of Powerbombs, then let go of the pin attempt just shy of the three-count. The referee calls for the bell at 1:45, awarding the match to Murphy. Wrestling needs more stoppage finishes.

- Post-match, Cedric Alexander comes out and gets into a short brawl with Murphy before Murphy scurries away like the coward he is.

- Kalisto prepares for his match like only he can: getting chopped across the chest by Lince Dorado while Gran Metalik annoys me with that spinning noise-maker.

- Next Week: Lince Dorado and Gran Metalik take on THE Brian Kendrick and Jack Gallagher.

- Dasha Fuentes is backstage with Cedric Alexander. He made a statement by not attacking Murphy from behind. If Murphy wants it as bad as he thinks he does, he knows where to find him.

TV Main Event. Gulak could use a big win, but then you run the risk of 50/50 booking Kalisto again. Kalisto cuts a cell-phone promo saying Drew Gulak is no match for the Lucha House Party. Lockup, Gulak with a takedown and a disrespectful slap to the back of the head. He grabs a full nelson into a cover but Kalisto rolls up at one. Kalisto flips through a wrist-lock to counter but Gulak quickly escapes. Gulak holds onto the wrist-lock through another flip-through counter. Whip to the ropes and Gulak avoids the handspring head scissors. Lockup to the corner and Gulak with a cheap shot to the midsection. He sweeps the leg of Kalisto and goes for the single-leg crab. Kalisto rolls over to escape. Whip to the corner, Gulak meets a boot and Kalisto comes off the top with a twisting arm drag. He sends Gulak to the floor and follows with a plancha but Gulak counters, driving a knee into the midsection.

Back inside, Gulak picks up Kalisto into the Gory Special and turns it into a hangman's submission. He hooks Kalisto's ankles between his thighs for an unorthodox version of a Boston Crab. BREAKING NEWS: MUSTAFA ALI vs. BUDDY MURHPY NEXT WEEK. Whip to the corner and Gulak with a clothesline for two. Gulak hooks a modified bow-and-arrow as the match continues to be a one-sided affair. Kalisto surprises Gulak with a boot to the face and kicks away at the left leg. Gulak shrugs him off, striking him with a forearm for two. He goes for the mask but Kalisto sends him to the floor. Kalisto with a roundhouse kick from the apron, followed by a missile dropkick. He follows Gulak to the outside, hooking him with an arm drag. Kalisto with a flying head scissors from the apron. Back inside, Kalisto with a springboard body press for two. He sends Gulak out again and springs off the top rope for a rolling plancha. Back inside, Gulak surprises Kalisto with a sunset flip for two. Kalisto returns the favor with a flashier version for two. Kalisto survives some strikes and hits the short-rana. Gulak blocks the Salida del Sol and hooks the Gu-Lock for the submission at 12:47. Fighting for crowd reactions on 205 Live is always a challenge, but this one had a harder time than any Main Event in recent weeks. Work was good, but it came across as nothing special. **3/4

Final Thoughts: As expected, Cedric Alexander vs. Buddy Murphy is the next program over the Cruiserweight Championship. We can also expect a confrontation between Akira Tozawa and Hideo Itami. It's a shame they're breaking up so soon. With another thrown together team, we could've had Cruiserweight Tag Team Champions! Drew Gulak continues to get the big push, but will it ever go anywhere beyond filling time while others get the title opportunities? Next week has potential with Ali vs. Murphy advertised, as well as a solid tag team match between The LHP and Gallagher/Kendrick.